← back to
Légère Recordings
Get fresh music recommendations delivered to your inbox every Friday. 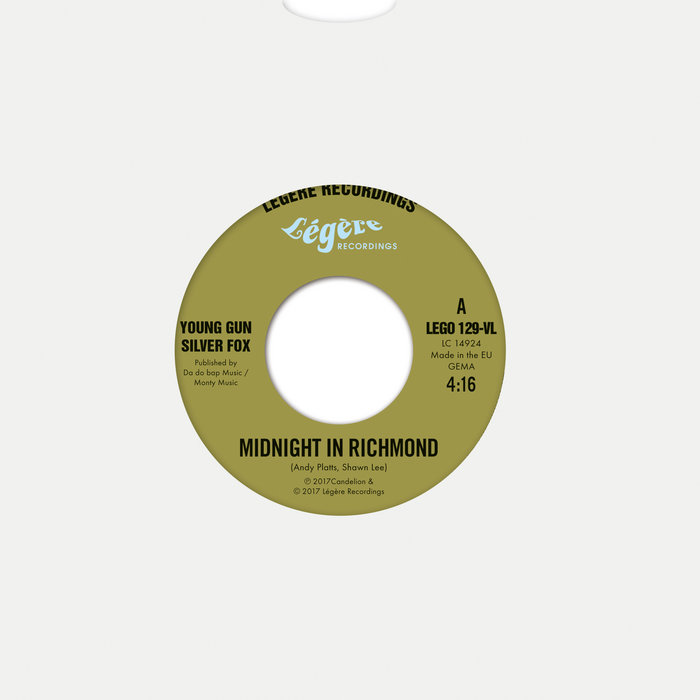 PLEASE NOTE: THERE IS NO DOWNLOAD OR STREAM WITH THIS VINYL ONLY RELEASE

“West End Coast”, the debut album by Young Gun Silver Fox, was one of the surprise releases of 2015 and ended up in many “Best Of” lists at the end of the year.

“Young Gun” Andy Platts and “Silver Fox” Shawn Lee are busy writing and recording the follow-up which is set for release in 2018. In the meantime, they present the first single from the new album. “Midnight In Richmond” and “Lenny” are two compositions in a classic early to mid 70s vibe, impeccably recorded and arranged but placed in the here and now, unmistakably sounding like Young Gun Silver Fox.