← more from
Légère Recordings
Get fresh music recommendations delivered to your inbox every Friday. 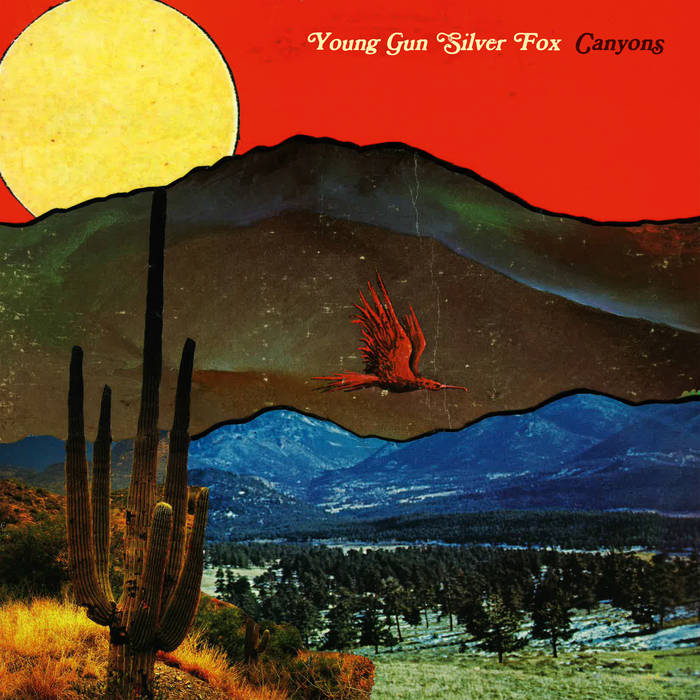 fiveoclockhero Blissful music for a less than blissful time.

David McCullough This is just non-stop joy. This is making me so happy. Just buy it and enjoy every moment that follows.

PLEASE NOTE: there is no digital download or stream with this particular release

Young Gun Silver Fox's approach has worldwide respect. They played well-known European jazz festivals (North Sea Jazz, Überjazz or Pori Jazz), sold out several times the Amsterdam Paradiso and were the only current band to feature in the soft rock TV documentary "I Can Go For That" on the BBC.

Like the two predecessors, "Canyons" was once again composed, recorded and produced by Platts & Lee in their London studio. A striking feature this time is the brass arranged by Nichol Thomson (Incognito, Robbie Williams, Annie Lennox, Gregory Porter). The ten new songs are an incredible journey through all facets of the golden era of soft rock between 1974 and 1984. "Who Needs Words", "Long Distance Love Affair" or "Things We Left Unsaid" could also be found on albums by genre heroes like Pages, Stylus and Player. "Dream Woman" has a Chicago touch, "Danny Jamaica" is perhaps the crazy theme music of a lost TV series from the 1970s. A real AOR album includes the great ballad ("All This Love") and top pop hits ("Kids", "Private Paradise").

"Canyons" refers to the importance of the valleys around Los Angeles to the West Coast sound: Some of the most important albums of the 1970s were created in Topanga and Laurel Canyon, they were simply mystical, magical places. Even if Platts & Lee were not there, their "canyons" transport this magic into the present.